Bernard Maitenaz was a truly remarkable man. A man who revolutionised dispensing optics, and to whom professionals and presbyopes alike owe a great debt. 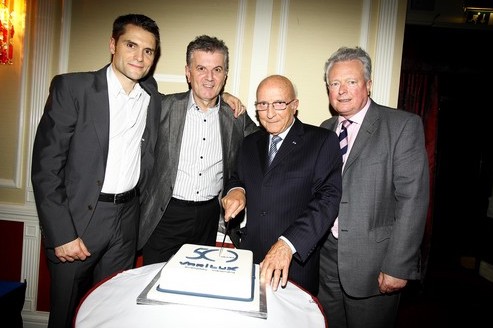 Cutting the cake to celebrate 50 years of Varilux

In 2009, ABDO proudly welcomed Bernard Maitenaz as its special honorary guest at its conference weekend in Brighton. He graciously took time out of his schedule to enhance the conference experience for many ABDO members. At the welcome cocktail party, Bernard cut the cake for the 50th anniversary of Varilux, the progressive lens he invented, and addressed ABDO members in attendance.

I was particularly honoured to have Bernard as my ‘dinner date’ at our gala dinner the following night. In a presentation during the evening, Bernard remembered the amazing feat of creating the first commercially viable progressive lens and changing optics forever.

“For me, this adventure, which started in the very beginning of the 1950s, spans 60 years,” he told the gathering. “Young at the time, and full of enthusiasm, I was like a mountaineer who wants to try the first ascent to a new summit. I knew where I wanted to go but I had no idea which was the best way to get there. Naïve perhaps, I was convinced that I could reach the top. I had to explore many routes during my quest and the work lasted for eight years. Finally, I made it and Varilux was launched in 1959.”

When the first progressive lens launched, Bernard recalled the division of opinion between those who rejected the idea of a progressive and those who believed in it, and applied the rules regarding measurements and fitting. “It is thanks to this small core of loyal people that the concept could progress,” he said.

When Varilux 2 was launched in 1972, the lens was entirely aspheric and a lot softer. “It was adopted very quickly and it was this lens that kick-started the progressive revolution which continues today,” Bernard told guests. “The enthusiasm that burned inside me at the start was lengthened and amplified by the R&D teams. The adventure is far from finished, as our young scientists have many more ideas.”

Bernard was very aware of the vital part that eyecare professionals had to play in the success of progressive lenses, telling guests: “Without you, Varilux would have remained on a shelf in the museum of interesting attempts that didn’t quite make it. So I would like to promote a toast to Varilux and to you – the professionals who support it,” he concluded. 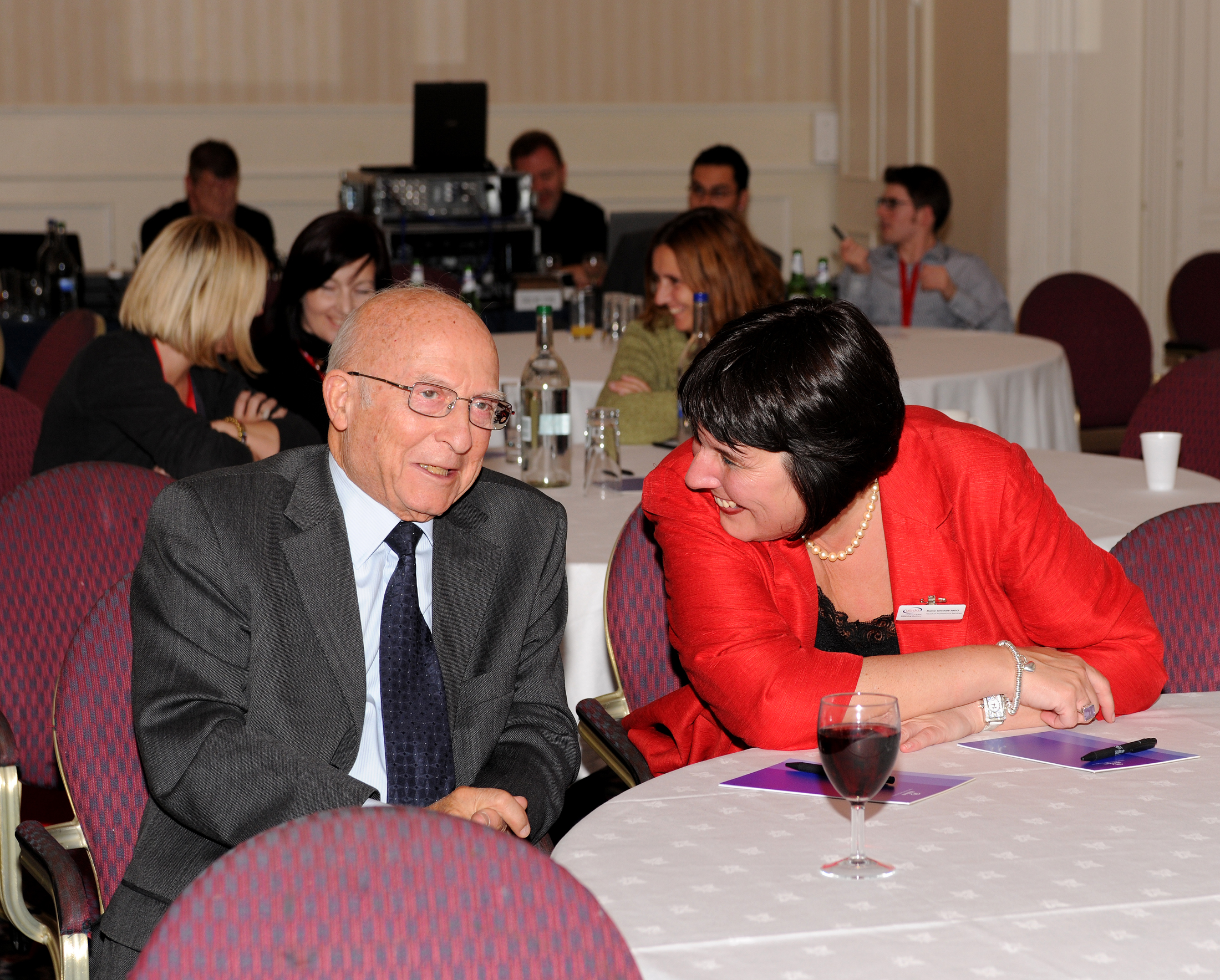 Elaine with Bernard at the ABDO conference in Brighton, 2009

If you passed Bernard Maitenaz – or BMZ as he was affectionately known to his Essilor family – in the street, you would have no idea of the impact he had made to the lives of professionals and presbyopes alike. His endearing quality was his humility. He was a simple man in the best sense of the term: calm, intelligent and caring. He was someone who did not seek the limelight, but who would share his knowledge and experience if asked.

Speaking to Professor Mo Jalie for this tribute, he said: “I have so much admiration and so many happy memories of being with him. He was surely the most talented and important lens scientist of the 20th century, and his name will enter the history books as the inventor of the modern spectacle correction for presbyopia.”

Mo went on to recount a time in a Portuguese restaurant many years ago when he asked Bernard to explain the workings of the generator he had invented to produce the Varilux surface. He grabbed a menu card and, on the back, drew the clever cam mechanism to explain how it worked. Mo donated the menu to the Varilux University in Paris, where it is proudly displayed on the wall in the Maitenaz Lecture Room.

In 2000, I accompanied Bernard and his charming wife Genevieve to Montreal where he had previously received the Doctor Honoris Causa from the University of Montreal in 1993. He was invited to be the guest of honour at the inauguration of the Essilor Chair for Research.

During the trip, I listened to him deliver a presentation about the evolution of Varilux and the different generations, titled ‘The human adventure of Varilux’. It was not the story of one man’s discovery, but was a celebration of the collective efforts and teamwork of collaborators at all levels and from many different disciplines, spread around the globe over many years. I was witness to a masterclass in leadership and efficiency.

On 3 October 2009, ABDO surprised BMZ with an Honorary Fellowship. The citation on the certificate read: “Your enormous contribution in developing the first progressive addition lens, together with the subsequent evolution in lens designs and manufacturing has revolutionised the world of ophthalmic optics to the benefit of spectacle wearers and optical professionals worldwide. You richly deserve the gratitude of the Association and its members and the award of Honorary Fellowship is extended to you with our sincere thanks and respect”.

Optics has lost a great man, and I have lost a friend. As I sit in my office, I can see the photo of a vibrant yellow mimosa bush, which was sent to me by Bernard from his garden in St Paul de Vence, when I left Essilor in Paris in 2001. It brightens every day and reminds me of the sunshine knowing Bernard has brought to my life, and to so many others.

My thoughts go to his twin brother, to his three children and his grandchildren, and to all friends and colleagues who have lost a friend and mentor.