This is a growth on the conjunctiva which encroaches on to the cornea- it is often described to patients as a pinguecula that is growing. Position is similar to that of pinguecula. 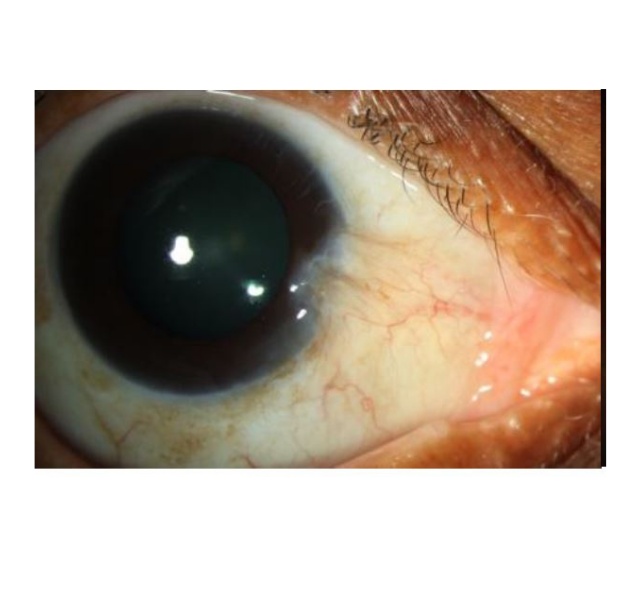 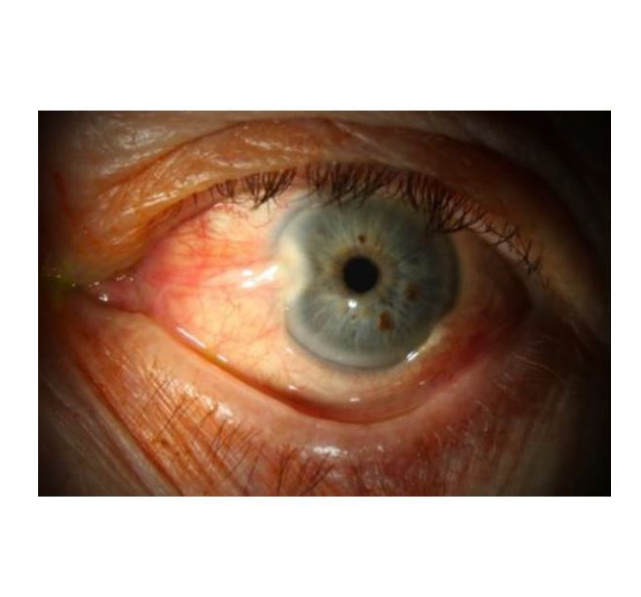 In this picture the pterygium is more inflamed and the corneal opacity is more visible.