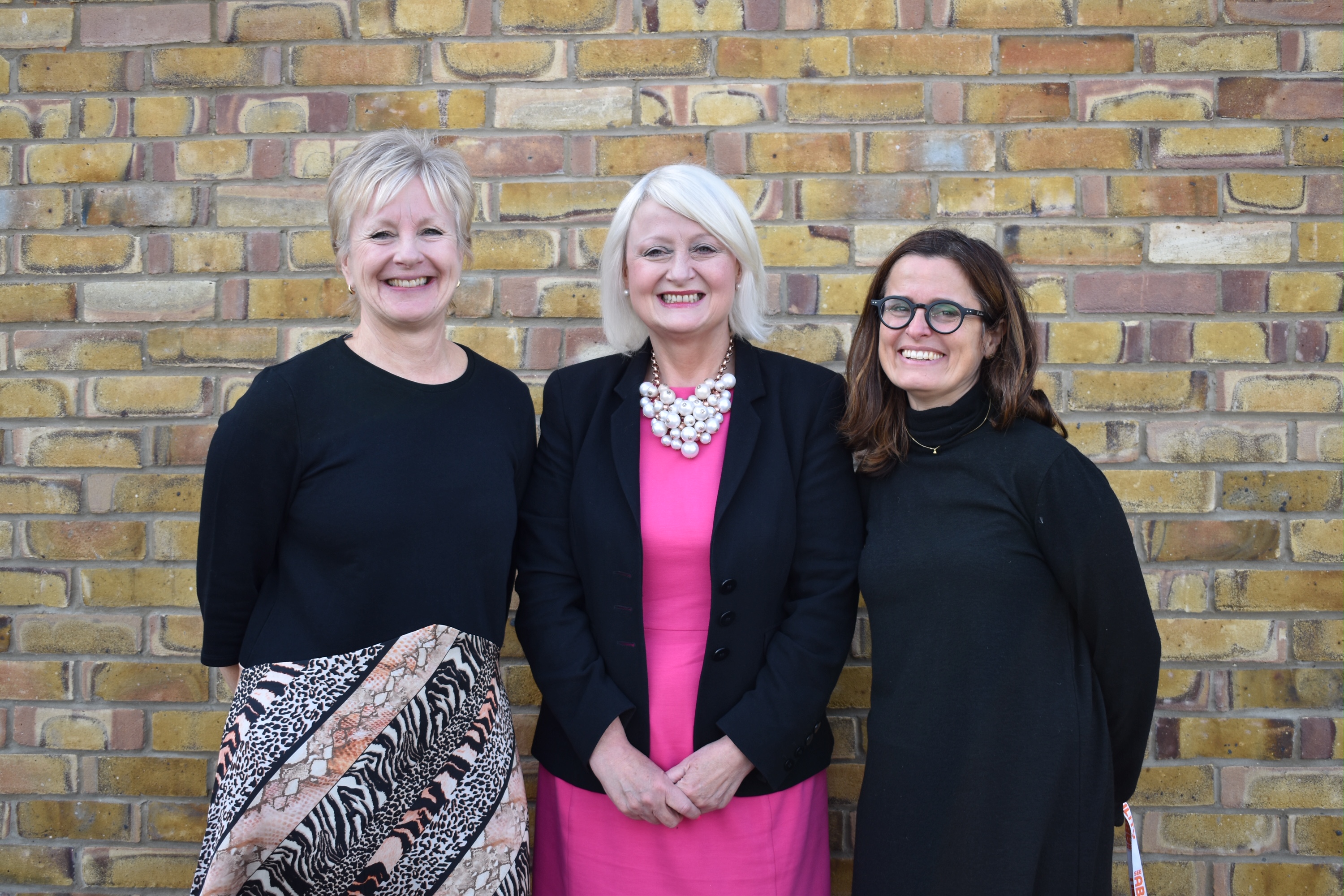 MP Siobhain McDonagh was at Perseid Special School today for the launch of a groundbreaking report launched by SeeAbility. Perseid School in Merton was the school where SeeAbility first began its project in 2013.

As a result of the charity’s campaigning work and the insights provided by the project, NHS England has now committed in its Long Term Plan to rolling out a new national programme of eycare in all special schools in England from 2020.

Siobhain McDonagh, MP for Mitcham and Morden. said: “This is why I get up every morning. SeeAbility have run an incredible campaign and I’m delighted to see the launch of this ground breaking report at Perseid School and to support NHS England’s commitment to bring sight testing into all special schools in England. It will definitely change lives.”

Tina Harvey, Perseid School head teacher, said: “The difference the project has made to our children is absolutely profound – especially for the children who had previously never been tested, and were found to need glasses. Many were living life in a total blur before. Now they are happier, more able to learn, feel less frustrated and have higher self esteem. It’s so exciting to know that all special schools will soon get the same opportunity as us, and I’ll definitely be supporting the NHS and SeeAbility in speaking about the benefits we have seen.”

Gordon Ilett, optometrist and chairman of SeeAbility, commented: “One of the largest unaddressed disabilities in the world today is poor vision and yet it’s often entirely preventable and avoidable. Children with learning disabilities are 28 times more likely to have a sight problem than other children and are one of the highest populations at risk. This report shows how children’s lives can be transformed if they are helped to make the most of their vision with access to a pair of glasses – a simple, modest, 700 year old invention which literally changes lives.”

Around 120,000 children attend special schools in England, including the majority of children with severe learning disabilities or autism. All children in England are entitled to have a free NHS annual eye test. However, children with learning disabilities are often unable to access or cope with standard eye tests provided in high street opticians or in a hospital clinic, with data showing only 1 in 10 have a history of visiting a community optician.

SeeAbility’s model of sight testing in special schools is recommended by eye care professional bodies, as it is less stressful for children with learning disabilities and autism, reduces the time they miss from school and incorporates glasses dispensing as well as repairs.

Ray James, NHS Director of Learning Disabilities and Autism, said: “Giving children with a learning disability better access to the care they need while they’re at school means young people are able to get vital support they need to reach their potential. This important work as part of the NHS Long Term Plan to give young people the care they need – whether that’s for mental ill health, a learning disability or for better sight and hearing – will offer children the best possible start in life.”

As well as celebrating its successful campaign, the charity continues its important eyecare work and has recently embarked on a three-year new project ‘Every Day in Focus’, based in London and the North West, where seven full-time and part-time eyecare champions will be supporting people with learning disabilities and autism to become eyecare aware, raising the uptake of sight tests and reaching more people, supporters and eye care professionals with important messages about eye care. Importantly the project employs people with lived experience.

Lance Campbell is a new London Eye Care Champion and he says: “As someone who has recently left school, I had no idea how important eye care was. Since becoming an Eye Care Champion, I have learnt that everyone should be having eye tests. As someone with learning disabilities and autism, I am happy that I can now share these messages with other people and make them eyecare aware.”