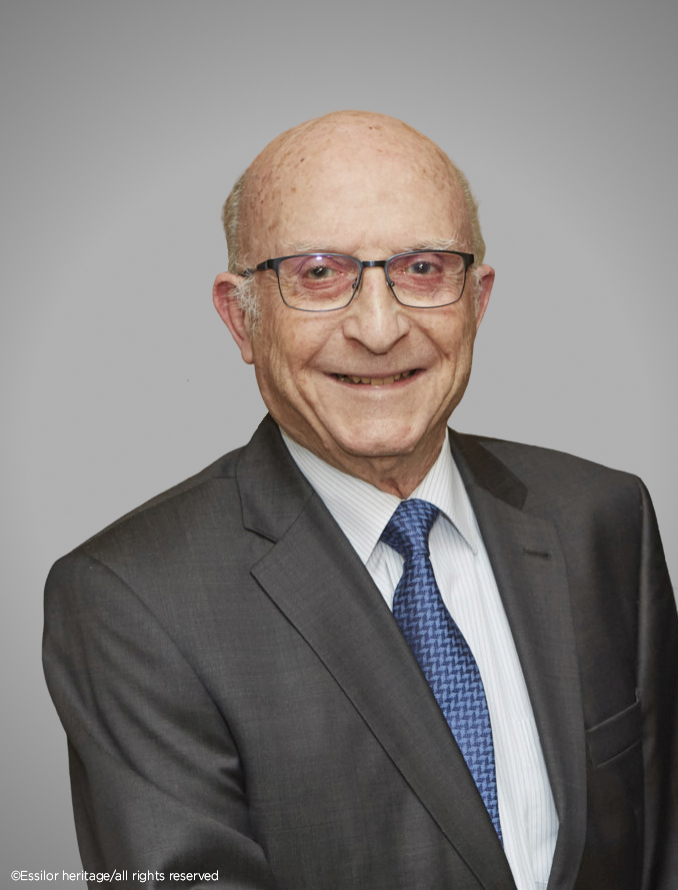 Essilor has announced that Bernard Maitenaz, the inventor of the Varilux progressive lens, has passed away in his home city of Paris at the age of 94.

One of the most iconic figures in the optical industry, Bernard Maitenaz co-founded the Essilor Group in 1972. At the helm of the company between 1981 and 1991, he oversaw a period of major international growth.

In a personal tribute message, Paul du Saillant, chairman and CEO of Essilor International, said: “The entire Essilor family is truly saddened by the loss of our honorary chairman, friend and colleague, Bernard Maitenaz.

“A true pioneer and inventor at heart, Bernard will also be remembered for the values with which he led Essilor between 1981 and 1991, and which he promoted within Valoptec throughout his more than 70-year career. Without him and the invention of the Varilux progressive lens, the optical industry and Essilor would not be what they are today.

“We owe Bernard enormously, and he will remain a source of inspiration for generations to come. On this sad day, our thoughts are with his family, sons and grandchildren.”

Before progressive lenses, presbyopia was generally corrected with bifocal lenses, an invention from Benjamin Franklin in the 18th century. Frustrated with his father’s bifocals, and determined to improve his father’s life by improving his sight, Bernard, who was then a 33-year-old engineer at La Société des Lunetiers in 1959, took on the task of creating a lens that would provide presbyopes with comfortable vision at any distance.

Bernard Maitenaz graduated with degrees in engineering from both Arts et Métiers in 1946 and Ecole Supérieure d’Optique in 1947. He achieved significant stature in numerous areas of research and technology.

● Bernard taught optical engineering at the Ecole Supérieure d’Optique in Paris. He was also technical education advisor at the Ministère de l’Education nationale, and president of the Centre d’Enseignement et de Recherche in Paris.
● He served as a member of several boards of directors, particularly with the Ecole Supérieure d’Optique for more than 10 years, and with the Ecole National Supérieure des Arts et Métiers from 1990 to 1994. He was a board member of the Centre National de la Recherche Scientifique (CNRS) from 1992 to 2003, and was a member of the Conseil pour les Applications de l’Académie des Sciences (CADAS).
● He received numerous accolades for his contributions to optometry, including an honorary Doctorate of Ocular Science from New England College of Optometry in Boston in 1988, and an honorary Doctorate Honoris Causa from the School of Optometry of the Montreal University in 1993.
● He was the recipient of the 2014 Apollo Award, the highest award presented to the general public by the American Association of Optometrists, which honors individuals or organisations for distinguished service to the visual welfare of the public.