It is with great sadness that we announce the death of Maureen Hunter, nee Callender, former editor of Optometry Today (OT) from 1990-2006. Maureen died last week at the age of 78 after a brave battle with Parkinson’s disease. 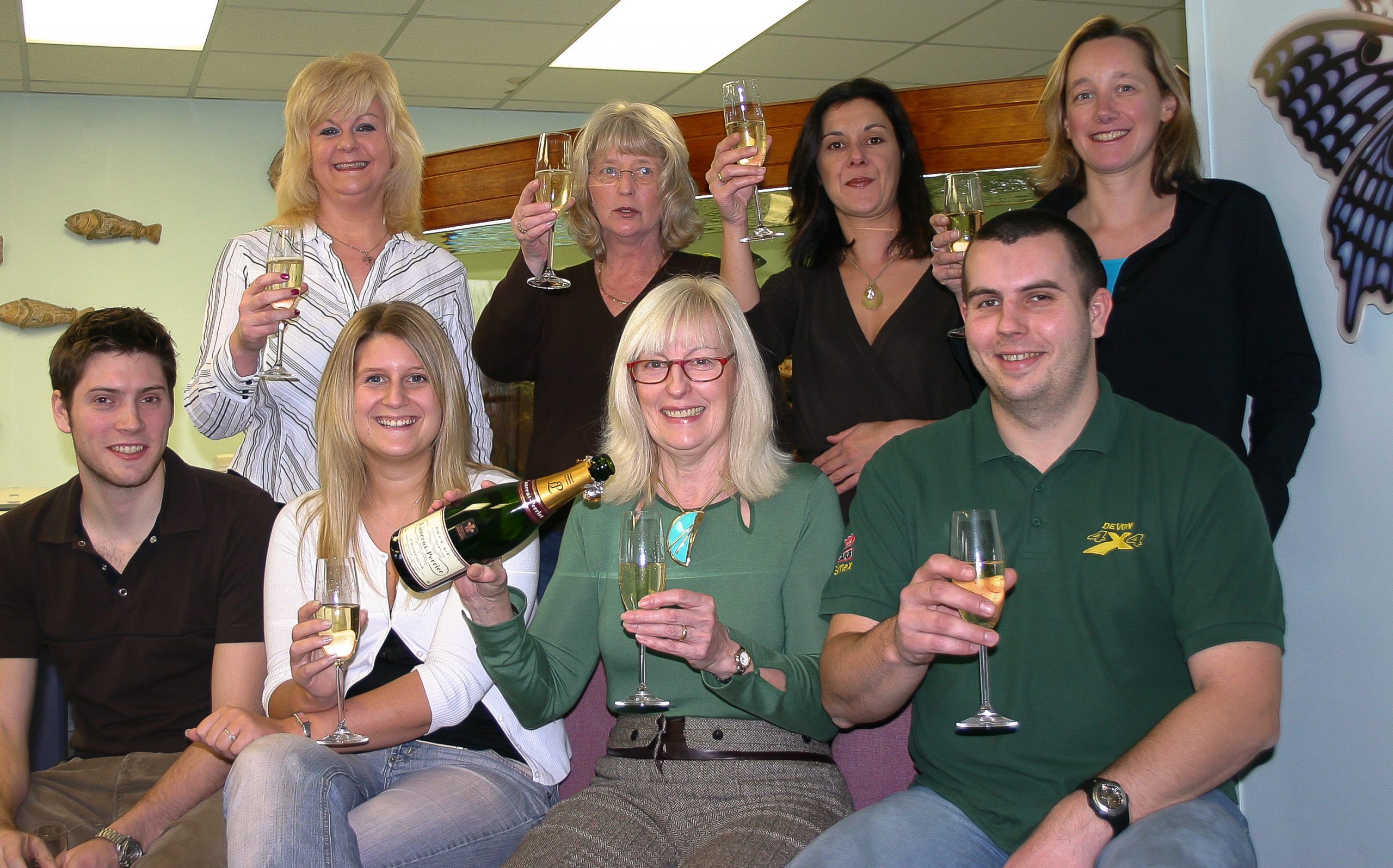 A celebration with the OT team

Maureen was very well known and popular in the optical profession and industry. She was renowned for her exceptional kindness and her active support of many optical organisations. As well as producing OT for the Association of Optometrists (AOP), her Fleet-based company, Word & Images, produced newsletters for SightCare and the Worshipful Company of Spectacle Makers, which she became a member of, and was active in the charity, Vision Aid Overseas.

Maureen previously published a Scottish optometry magazine and was chosen by the AOP to develop OT, which she took from an eight-page newsletter based in Scotland to a glossy, full colour 50-70 page fortnightly magazine based near London.

An avid supporter of optical education, Maureen pioneered the first online CET and the OT Bookshop which was present at optical shows and conferences.

Former deputy editor of OT, Robina Moss, now owner of Forward4Business, said: “I owe my 21 years in optics to Maureen, who was an exceptional boss. She didn’t just create a loyal and hard-working OT team, she made you part of her family. As well as making her staff financially secure, she made you feel part of something special. Every staff birthday was celebrated and if anyone was having personal troubles, she was so supportive. There are many in optics who will always remember Maureen’s kindness. My heart goes out to her family at this sad time.”

Former OT business development manager, Sarah Bradley, said: “I first met Maureen in 1985 when she was the PR consultant for the Red Cross in Scotland where I worked. She was a very special lady, very intelligent and motivated. Maureen was a woman who had a passion for optics and was such an inspiration. She took pride in every publication that she was responsible for and treated every person she encountered with complete respect, regardless of their circumstances. She was a giant in her field.”

Former OT managing editor, Nicky Collinson, now editor of Dispensing Optics, said: “I worked alongside Maureen for 12 years. She was my first editor and taught me, not just the arts and crafts of impartial, truthful journalism, but how to always put the reader first.

“A successful businesswoman who balanced work with fun and family, Maureen’s serene Scottish manner and sense of humour charmed all those who met her. She inspired me as a woman and a journalist. My heartfelt condolences to her sons Chris, Nik and Rod, her five grandchildren and all of Maureen’s family and friends.”